The tradition began in the late 1930’s when Willard H. Pope moved to Phoenix, Arizona from Midland, Indiana. Mr. Pope went to work for Crystal Ice in Phoenix delivering ice. He was able to store fruit at the cold storage plant at Crystal Ice and so he started his own part-time business.

In 1937, Mr. Pope founded Pope Lime Co. and started selling limes and lemons to bars and soda fountains in the Phoenix area.

In 1940, he married Alice Lloyd from Casper, Wyoming. Together they purchased ten acres at Twelfth Street and Ocotillo in Phoenix. This location is where they built a warehouse/juice facility, as well as their home.

Willard and Alice Pope continued the business by squeezing fresh juices, as well as selling the limes and lemons. Later, as the business started to grow, they began to carry other items such as cherries, olives and straws. The business continued to grow as the years went on. 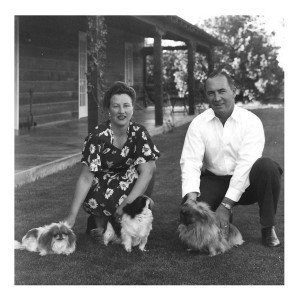 Both Mr. and Mrs. Pope were very dedicated to the company as well as the employees.

Everyone involved with the business was treated as part of the family.

Willard and Alice Pope ran Pope Lime Company until 1990. Today Pope Lime Company still operates from the same location and the same warehouse as the Pope’s established. The business has grown over the years, right along with the growth of the Phoenix and Tucson areas.

However, the tradition of excellent customer service & quality products have remained the same.

See our Services
Check out the Goods